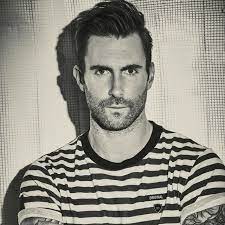 Adam Levine is the lead singer, guitarist, and frontman of the pop-rock band Maroon 5. Born in Los Angeles in 1979, he loved music from a very early age. Levine is a versatile multi-instrumentalist, and can play guitar, bass guitar, drums, and the piano, as well as sing. He is a very experienced and talented songwriter, with a co-writing credit, if not a solo credit, on every original Maroon 5 song. Levine shot to personal superstardom in 2011 with his spot as a vocal coach on reality singing competition The Voice. His instantly recognizable high register and knowledge of music have aided him in the journey of guiding artists to the finale of the show. As his reputation took off, he was named Sexiest Man Alive by People Magazine in 2013. Levine is married to Victoria’s Secret model Behati Prinsloo, and the couple have two daughters named Dusty Rose and Geo Grace. Levine’s success as a TV personality as well as world-famous recording artist has taken the world by storm, and it doesn’t look like he has plans to leave the spotlight soon.